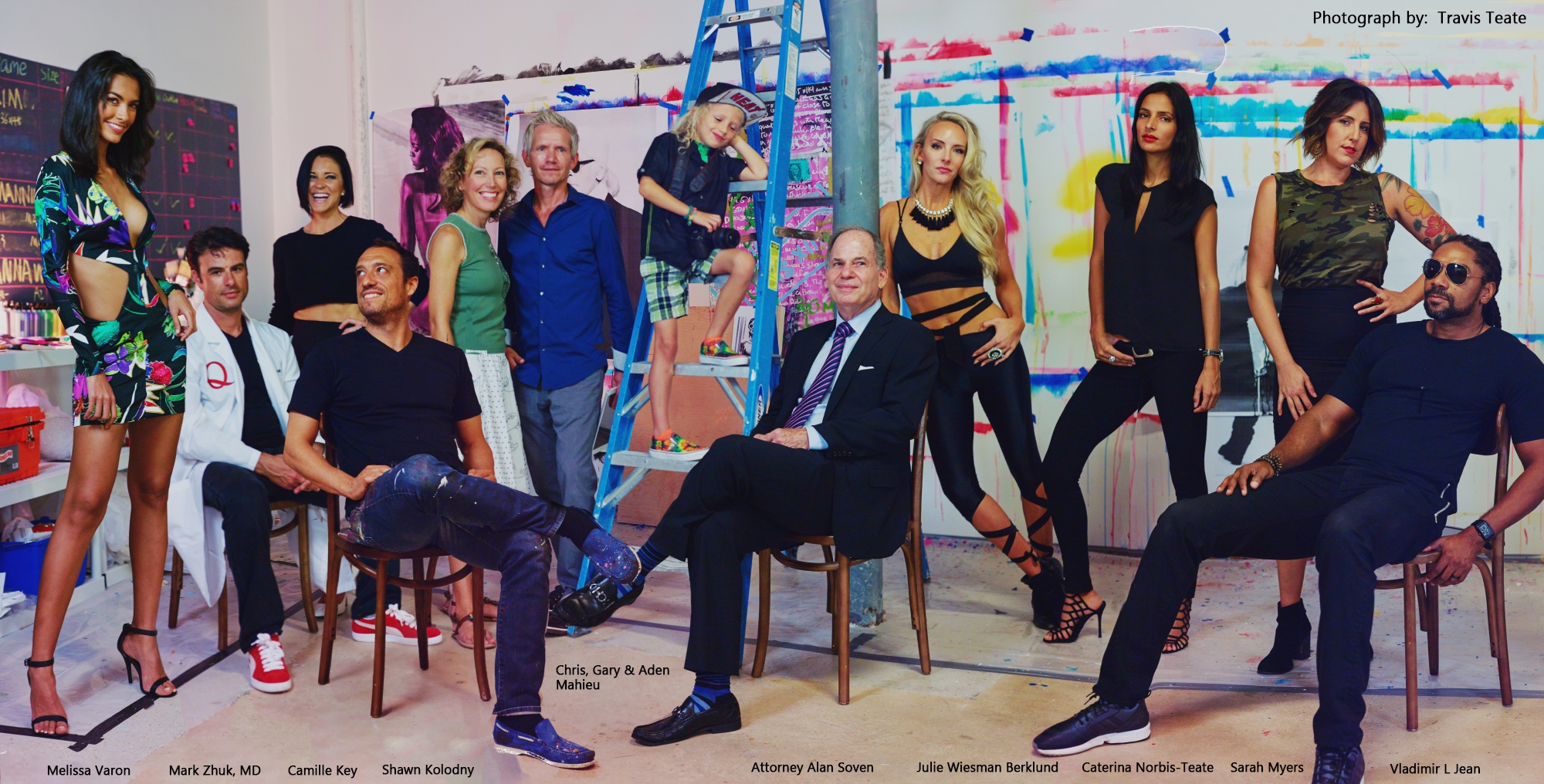 THE ‘Aha’ MOMENT – MIAMI IS ATTRACTING THE BEST TO STAY

Miami once known for being a vacation destination for partying and resorts is attracting highly skilled, accomplished and successful people from all races and ethnicities that stay to work and live in Miami.  It takes digging a little deeper and then the ‘a-ha’ moment happens.

From it’s sun kissed beaches to it’s many haute eats and places to party, Miami, The Magic City, has always attracted the best and the brightest, the most accomplished, the celebrities, the beautiful and wealthy… but only for a moment.  Miami wasn’t to be taken seriously, more like a one night stand.  Miami represents a place to get away from real life. It’s not meant to be taken as a viable place to live like a rural American town.  Miami was meant to be over-the-top, laden with bikini clad beach goers, all night parties and beach front resorts lined with super yachts of the wealthy.

Not until recently have these transient vacation-goers started to realize something has changed about Miami.  Dig a little deeper and there is a strong entrepreneurial ecosystem that is being carefully knitted together, enabling a business and lifestyle opportunity like no other.  With the help and careful guidance of its devoted network of wealthy benefactors such as the Knight Foundation and the Perez and Medina Families, Miami’s future appears boundless and bright.

Miami’s nightlife scene has always been one of the best in the world.  It continues to set the standard from Top DJ’s such as DJ Khaled, redefining the definition of DJ’s to Ultra Music Festival, attracting over 300,000 music lovers from around the globe.

World Class Technology companies from Magic Leap, to Medical Device companies like Mako Surgical, recently selling for $1 Billion, have been started in Miami and have chosen to stay here. Attracting some of the best tech talent in the world, the entertainment ridden city of Miami is beginning to compete with Silicon Valley.

The creative class has evolved from street art to a world renowned set of collectors and artists drawing attention from around the world.  Artists travel to Miami to display work and showcase art to a multitude of people from many countries who are also drawn to Miami by the magic they have created.  Wynwood is a scene like no other when it comes to talented artists but not only does it bring the expressive people here, it also attracts the executively inventive.  When you walk down the streets of this colorful infusion, the images and energy surround you,  igniting your creative instincts.

Health and Medical industry innovations from medical device startups to new ways to deliver performance based health solutions are all being pioneered and innovated in Miami.  It’s a place where people want to be.  The geographical location is like no other, the energy in the air is as if you were on vacation 24/7, and the amount of intellectually talented people is endless.  Perhaps Miami changes your state of mind to more of a relaxed vibe…thus creating a healthier more positive lifestyle.

For those who come and end up staying it often starts with a simple vacation and a curiosity that often begs the question…”Is there anything beneath the superficial facade of this city that offers a real opportunity to live, work and enjoy a close knit community.”  If one looks under the facade, time and time again, there’s a moment of realization that living and working in paradise could actually be possible.  It’s that “A-ha” moment.

Miami offers something no other city can offer.  Immense diversity and opportunity sitting amongst an oasis of beauty surrounded by the ocean encompassed by one of the most desirable climates on earth. Miami is still in it’s infancy and is truly open to new ideas and leaders to help shape its future.  The future of this city is sunny and bright.  Here are a few accomplished, creative entrepreneurs who have made Miami their home.

Pictured from left to right:

Originally from Colombia and Most recently featured in the 2017 February issue of Ocean Drive Magazine, Melissa is not only a stunning international model of Colombian heritage earning the  Miss Colombia 1st Runner Up title…but dig a little deeper and she is a highly intelligent chemical engineer.  Melissa decided she wanted more in life after years in the engineering business and during a trip to Miami, she was fortunately recruited by MC2 Models.  This was her aha moment, realizing that modeling would be her ticket to relocate to this beautiful city with more opportunity.  Her contract has taken her on worldwide travels and she’s now proud to call Miami her home.

Originally from Toronto, Mark had his a-ha moment when he was on vacation in Miami taking a break from the cold weather in Canada.  Mark made Miami his home in 2001, launching a highly successful imaging business, servicing the top hospitals in the region. He was able to generate millions in revenue with his creative marketing and networking skills, and Elite Imaging became one of the top imaging centers in South Florida.  Mark is now developing a series of health and wellness companies within his Q Institute – most notably RxCompoundStore.com – a compound pharmacy that compounds medication into candy, including tasty Gummy Bears, to help patients take their meds with ease.

Camille relocated to Miami from Charleston in 2013, having her a-ha moment on her first trip to South Beach in 2007.  After consistently missing her flights out of Miami, she finally decided to become a permanent resident.  Camille is most recently featured on the cover of the March/April 2017 issue of Oblique Magazine, a fitness publication based in Charleston, South Carolina.  Known for her ability to balance between the technical, creative and management sides, Camille has been instrumental in networking groups of people together from small intimate gatherings, to large scale events via Miami & Charleston 365 and Charleston After Dark.  She currently owns and operates MIA365.com, helping business owners develop their presence online.

Originally from NYC, Shawn’s a-ha moment came when he was asked to showcase his art at the Wynwood Arcade in 2016, giving him the opportunity to become a part-time resident in this beautiful city.  Shawn is a multi-talented guy who has successfully thrown some of the largest events in NYC and opened multiple well-known nightlife and entertainment spots, including The VIP Room and Provacateur.   This entrepreneur turned artist pursued his skilled passion in art with super cool pieces consisting of mathematical equations, famous faces and graffiti like decor that have lined the walls in multiple Wynwood locations.  Shawn donated his gallery for this photoshoot, some of his artwork featured in background can be seen on his website at ShawnKolodny.com.

Gary is a Serial Technology and Media entrepreneur who  founded an E-Commerce Platform, Branding and Strategy company servicing top e-commerce sites on the Internet.  He’s the Co-inventor on several patents and co-founder of a personal development and self improvement film company that has created films that have  impacted millions of people.  Gary is currently continuing to evolve his film company in a way to motivate more people to realize their futures and dreams.  Gary is a huge contributor to the tech community in Miami as well and is involved in numerous luxury real estate ventures.  That a-ha moment came on vacation in Miami while researching the tech and media scene.  It began while realizing there was a forward thinking group such as those at the Knight Foundation, who are committed to a much bigger vision for the future than just a resort town.  Realizing this was a place to work, live and flourish in paradise, Gary and his wife Chris made it their home.

Originally from NYC, Alan’s a-ha moment came when he was accepted to Miami as a student in 1971.  He relocated south and decided to stay after obtaining his law degree.   He’s a real shark in the courtroom and is well known in the legal world, however most are unaware he privately possesses a fine taste in classical music and a knack for playing musical instruments as well.   Alan’s book of entertainment clients consist of big names such as DJ Khaled, Boys 2 Men, Rick Ross and Bryan “Birdman” Williams.   He’s not a boring guy and he’s definitely a creative entrepreneur you want in your corner if you ever have to deal with the law.  AlanSoven.com

Originally from Ohio, not only is Julie one of “Miami’s Hottest Trainers” according to Racked, and one of the “Most Elite to Follow in 2016” by StayFit305, but her national credibility stands strong as one of the Top 5 Fitness Instructors in America, as seen on the Live with Kelly & Michael morning show! Julie has also acted in movies including Rock of Ages and Step Up Revolution, while simultaneously pursuing a career in dancing with the Miami Heat Dancers.    Julie’s a-ha moment came when she was asked to move down from NYC to assist in launching the first Exhale Miami fitness location in the Epic Hotel, something she still does while also helping her private clients realize their fitness goals with her training company, JBody.   Her latest venture has taken her to Atlanta to open a new Exhale Spa – don’t miss her vigorous workouts when in the ATL!

A beautiful mother and model, originally from Venezuela, relocated to Miami from France in 2009.  Her visits to South Beach were frequent and resulted in a handful of real estate investments in the area.  It only took a few of her family members moving to Miami before she had her a-ha moment and decided to try life in the US. This girl speaks 5 languages and when she’s not posing to grace magazine covers and billboards, she’s hustling to maintain her gorgeous physique in boxing class or doing creative photo shoots with her Italian-Vogue-Published photographer husband, Travis Teate.

This talented Private Chef from NYC had her a-ha moment when visiting Miami for work in 2016.  She quickly began hustling to create a cool series of healthy dinner parties in Wynwood for those who like to eat well and learn to how to make great meals.  Miami life has opened up an entire new world for Sara, landing her numerous private chef opportunities on board some of Miami’s largest yachts.  Her artistry in the kitchen has  taken her to even more beautiful tropical places outside of Miami, making this city her favorite and most successful move yet.  Book her for a delicious meal at SproutedChef.com.

He’s one of the longest running Kings of Nightlife in Miami, originally coming to Miami from Haiti on a vacation in 1999,  while working for American Airlines.  His a-ha moment pretty much happened when he landed, and he never took his flight back home.   After deciding to stay, his natural way with people attracted him to the nightlife and entertainment scene, allowing him to utilize his vast networking skills.  This guy knows everyone and is also the guy you want to take care of you when you go out on the town.  He plans large parties with ease and is always smiling when you show up, no matter how many people are vying for his attention.  Follow him for the latest updates on one of his multiple facebook pages or on twitter @VladimirLJean. 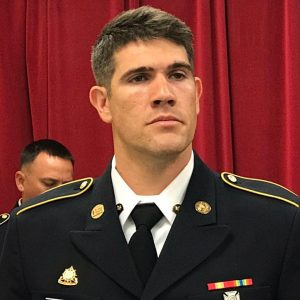 The Photographer responsible for this awesome group photo is the uber-creative Travis Teate, one of the most inspiring people you’ll ever meet.   Travis worked with this group to make this shot amazing, shooting many of the crew at different times and stitching them into the photo.  His images are featured in Italian Vogue, Ocean Drive Magazine and Miami Modern Luxury.  Travis’s a-ha moment came in 2015 when he was lured by Camille to do a number of photo shoots in Miami, forcing him to relocate down south from Charleston.  He recently married Caterina Norbis-Teate, became a father and pursued another one of his dreams, serving as a Specialist in the Army.